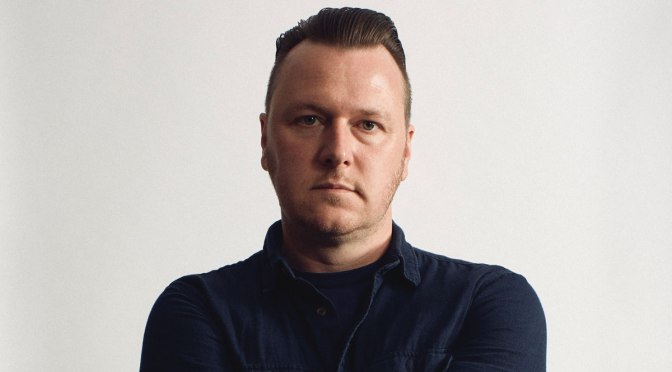 Has promoting the album during the coronavirus pandemic made it difficult for publicity?

It’s kind of a weird one this because on the one hand, yes it absolutely has made it very difficult. Not being able to get out and do any gigs to support the release of the album and to do all the other things you’d do when promoting an album, acoustic instore gigs, live sessions, face to face interviews, has been really tough. The best way sometimes, especially for artists at my kind of level, is to get out and look into the whites of peoples eyes so to speak. If you can make those personal connections I think people are much more likely to engage with you and ultimately buy your album. However on the other hand, because of the pandemic and the lack of face to face promotion, there has been a real explosion of outlets online and in the virtual realm so in some ways, it’s been possible to reach even more people than you maybe would otherwise. The issue is, as I said, that trying to connect with people virtually is much more difficult, so even if you’ve technically reached more people, you still might not sell any more albums!

How has the coronavirus affected your work?

Apart from the promotional side as mentioned just now, I’m not sure coronavirus has affected the work too much, to be honest. The album was recorded and finished before the pandemic hit so what the virus has done actually has allowed me time to develop the visual side of the album and also write more material that will hopefully make up another record!

Who inspired your work?

The album is largely semi-autobiographical so it draws on aspects of my life and experiences to date, in particular my wife and family and those relationships you go through while growing up. I think the songs all have themes that most people can relate to in some way and that’s why the reaction has been so positive I think.

Any advice for musicians looking to get into the industry?

Don’t! Haha. Seriously though if you’re hoping to have a career in the music industry you need to be prepared to work hard and have a thick skin! It’s certainly not an easy path to choose. You have to remember that in reality, very few people ever “make it” and as such my advice would be to focus on doing something that, firstly, makes you happy, and secondly is what YOU want to do, not what you think other people will want you to do. That way, whatever happens you know you’ve been true to yourself and produced the best music or been the best at whatever it is you can be, then there can be no “what if’s” or regrets.

What’s the next project you’re working on?

I’ve been writing another album which is coming along nicely but also I’ve been working hard to set up a studio in my hometown of Sheffield that will be a place to not only make and record great music but also somewhere where we can offer support and development to people who want it and hopefully help to bring through the next generations of bands and artists.

How do you feel about the current Sheffield music scene?

As ever there as so many bands and artists in Sheffield creating incredibly rich and diverse music. There is something in the water here that helps the creative culture in Sheffield be such an inspiring and forward-thinking place to be. You can walk down any street where the old industrial workshops and units used to be and hear something new and different coming out of a small practice room every few metres! I think now more than ever people are taking to these rehearsal spaces, not just in Sheffield mind, and using the difficult times we’ve been through recently to fuel some amazing creativity.

Does coming from a city with such a strong musical background set the standard higher than other cities?

I think what coming from Sheffield has given me is a real sense of grounding and an ability to reflect on things in a way that coming from other, perhaps ‘louder’ cities doesn’t give you. Despite a very rich and strong musical heritage, Sheffield has always been more humble and not usually been one to shout about its many achievements. This is inherent through much of what the city has produced over the years but also why I think Sheffield is held in such high regard for what it has produced not just musically but in other artistic areas too.