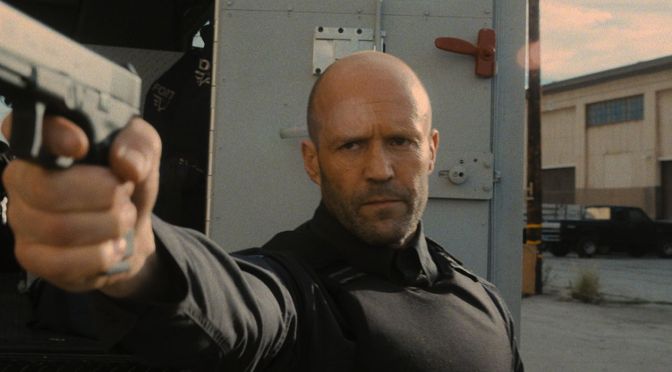 What wrath does Guy Ritchie really have left? Brooding musical notes, bullets fired and a whole load of curses stagger through the streets as a heist goes off once more. A few days in the life of H (Jason Statham) provide us many a problem for H to handle. He does so, inevitably, throughout Wrath of Man. But the wrath of man is a mixed bag, one that has no real status in the modern action flick. Not even Ritchie can convince us of its severity, it is why he mocked it so severely and effectively with his previous film, The Gentlemen. But he has doubled down on his mixed bag of action tropes and hard-knock heroes with a tatty display of veterans posing as rookies, saving the day with the talents only they have.

A mixed bag indeed, with Eddie Marsan sporting an American accent yet Holt McCallany easing his way into a strong supporting role. Wrath of Man has the unenviable position of believing itself to be cold, cruel and cool, but how it portrays that is rather weak. H is mysterious not because this brings intrigue to his character, but because it is easier to convince an audience nothing is needed, rather than to think up something of intrigue and interest. His attempt at the introverted tactic leads to crummy, cold acting that leads to a hyperviolent leading man whose response to small talk is violence or volatile words. A harsh man with a permanent scowl makes for boring fodder as we are traipsed through a variety of small characters and corridors.

Crass dialogue and sunglasses are the only depth Ritchie can provide, derailing himself into a series of caricature-like leading men, swanning about the place with ominous music underlining them. Sadly, nothing all that ominous happens. They simply walk around. We are waiting for that inevitable spark, to blow H and his fellow heroes into some disaster or two, but the eventuality is not matched by the anticipation and build-up, which is weak and filled with foolish dialogue. Post Malone makes an inevitable appearance, once more fumbling his way around the screen with three lines of dialogue and the hopes of making it big. He probably will, sadly. Statham is no help to him here though.

When characters cannot amount to anything more than coarse language, crude words and sluggish stereotypes, they have no real reason to be leading an action piece. Where quality can be found in the work of Ritchie elsewhere, Wrath of Man has no desire to play nice with its characters. Why bother? “You’re a real social magician,” says Bullett (McCallany) to H. There is a difference between introverted characteristics and being a tit. H falls into the latter category, and Statham embodies it rather bluntly, and poorly. Ritchie displays his lack of understanding of what “cold character” means. Instead of displaying the wrath of man as a hyperviolent expression of disastrous consequences, he showcases an uninterrupted stream of unrewarding action and terrible one-liners that make sense to Statham, but not much at all to the average movie-goer.