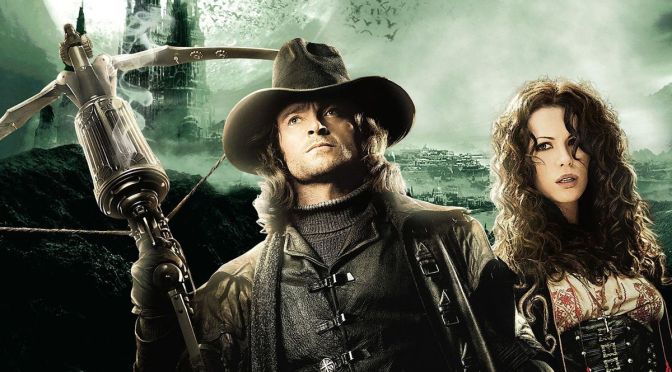 Few iterations of Van Helsing have shown him as the sole slayer of vampires or a real hero that can stake his claim as a leading man. Francis Ford Coppola’s rendition of Dracula probably manages it best, but even then he is used as a supporting tool to a wider story. That is the beauty of an Anthony Hopkins performance in that period though, where Tom Waits can outshine you but not outact you. Either way, there aren’t too many examples of this important Bram Stoker character being adapted, much less in an independent, standalone format. Van Helsing gave that a go and got the preliminary issues correct. Casting choices were made, the budget was set and the setting was grand. What went wrong for this 2004 adaptation of the classic gothic horror character is what they did with him.

Van Helsing is not a good film. Countless rewatches are no longer going to change the mind on that one because at the very core of this feature is something rotten. Hugh Jackman’s reserved performance does little to weather the storm, in fact, it’s a poor performance because of what surrounds him. This uncoordinated feel never lets up, primarily because there are so many characters used as plot fodder. Frankenstein, Dr. Jekyll and Mr. Hyde, werewolves and The Vatican. It feels like an unnecessary effort to pair absolutely every bit of the Universal Monsters series under the banner of a character who featured as a supporting player almost everywhere else. It makes little logistical sense in the grander scheme, but also none at all for the Jackman-led feature.

Slotting Helsing into that pursuit of Dracula (Richard Roxburgh) is at least tempered well. Director Stephen Sommers manages to overcome the hurdle of basic storytelling and makes the gothic intentions and grander styles very clear. He articulates the final third surprisingly well, with an aesthetic suitable for the Van Helsing character design and everything he faced in the two-thirds of utter drivel that preceded this blowout at the end. Roxburgh and Kate Beckinsale are both wasted and uncomfortable in their roles which sees them both pale in comparison to the work they would do on either side of this movie. At least Alun Armstrong gives his big-screen outing a good go, albeit in such a small role that he may as well have been played by just about anybody. Jackman putting on a different voice. It’d have made no difference to the quality of Van Helsing.

Naturally disappointing, but what else can be expected of a film written by the man behind The Scorpion King. There was a time when Sommers was, surprisingly, a valued asset for the action-horror blend that boomed at the turn of the 21st century. He was responsible for the fondly remembered trilogy of The Mummy films as well as an action-packed revival of the long-dormant G.I. Joe franchise some years later. But Van Helsing is a misfire. It is an attempt at replicating the success of The Mummy without having quite as much charm or focus to it. There may be vampires around in the world of Van Helsing, but the only sucker here is the person sitting watching this dire and complicated gothic horror mess.