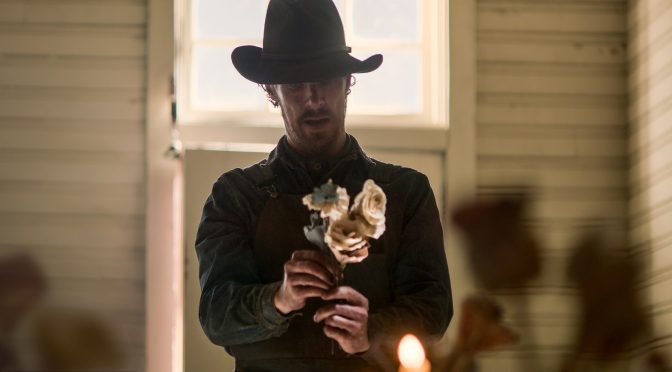 Apparently charismatic, Phil Burbank (Benedict Cumberbatch) leads The Power of the Dog with all the toothless wisdom you could expect of a vaguely western-oriented period piece. He is “exposed to the possibility of love,” as though audiences could care for such a shambolic, lazy character. It is the creation around him that is even weaker than that. Yet with such a strong cast, this Netflix feature will struggle on through. The allure of Jesse Plemons and Kirsten Dunst are too much to refute in this Jane Campion film. It is the Ammonite of this year. A film so drab and uninteresting, yet backed by powerhouse performances. It has happened before, and it will happen again after The Power of the Dog passes audiences by and fails to embed itself in their memory as one of the greats.

It is no fault but its own. The Power of the Dog looks lovely and checks all the boxes of iconography, but does nothing with it. The film is a tale of awkward brotherhood. Phil and George (Jesse Plemons) Burbank do not reciprocate that casual, familiar bond with one another. It is demonstrated well but cut away from far too often to focus on a rather sparse-looking western town. All the iconography is there, just limited because there is little of it. A piano here, some wooden chairs and dusty surroundings there, it is not quite enough to set the world on fire, but it is enough to contain this ensemble in a western-based world.

Within it are strong performances. Cumberbatch may feel oddly positioned as a passionate-yet-empty old cowboy, but he leads the way with unsettling moments in an otherwise quiet town. Some of the artistic integrity of The Power of the Dog doesn’t make all that much sense. The annoyance of loud noises at the dinner table as Burbank circles his fingers around a paper flower, artistically convincing, but effectively useless. That tends to be the case for much of The Power of the Dog. Plemons and Dunst do well in their supporting roles, all feeling as though they’re supporting Cumberbatch, who isn’t on top form and hasn’t been for some time. That is not a problem for him but the roles he finds himself attached to. To work with Campion is one thing, but to be so out of place despite the slicked-back hair and the five o’clock shadow synonymous with the villainous western skulker is a tremendous problem that the film tries to clamp down on.

But the power of the dog is a neutered one. For all the scenes of colloquial westerns and cowboys, there is little in this Campion piece that instils a genuine, crafted tension. All of it feels essential but fragmented, eliciting a faux fear of the men and women that love and hate one another. It is the tradition of the old west that features so harshly, but the rage-induced performance from Cumberbatch is a mixed one. It gets going when he is allowed to control the scene, but he often feels like a smaller piece of a larger puzzle that was never going to be solved. Plemons and Dunst are in on it too, but whatever the case, seeing someone hula-hoop their frustrations away outside of a tatty, wooden barn, is going to elicit laughter and not some extraordinary fundamentals of thought and perspective.

If you liked my review, you can subscribe to my Patreon for exclusive content and goodies, or you can buy me a coffee over on Ko-Fi!