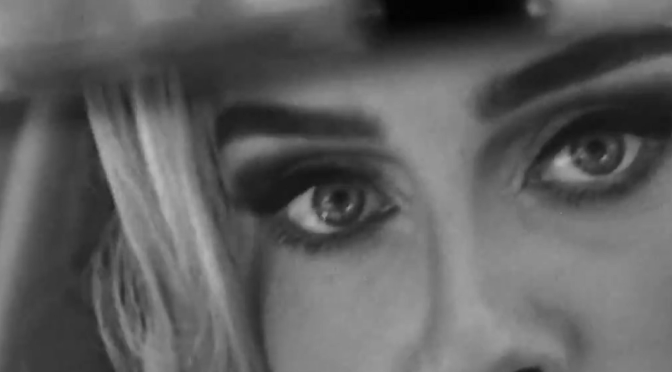 Black and white footage, warbling tones and motivational lyrics of change, it must be Adele. Her video throws her into a colour-clad world, a clean break with the former effective tones of her style. Or is it? Back after a hefty hiatus of six years, her return to music-making is a welcome one. Easy on Me is her big break back into the mainstream. She knows what she is good at, and is wiser still to stick with it. Why reinvent the wheel? Growth as an artist is essential, but Adele must rely on old tricks to win over the returning fans. Innovation may be a hopeful grasp, but it is not a possibility when the lyrics and the desires of the artist are to test the waters of a return to music.

Within Easy on Me is the indication that change is good. Ironic, since the song itself offers all the usual notes Adele has presented to audiences for over a decade. Easy on Me would have more success if the change were audible. It is mentioned in her lyrics, but never presented as an active change the singer wishes to pursue. Nice enough it is to have a track that’ll encapsulate everything Adele can do well; it is a shame that her desire to tackle the topics of a new phase is met with similar musical results. Accessible for fans and a clear link between the earlier tracks in her discography, but nothing new. She banks solely on the message at the core of it, and it is a primitive, broad one at that.

“There ‘ain’t no room for things to change,” she sings. That much is true. There is little change between Easy on Me and earlier efforts like Hello. It has the slow and motivating empowerment that often sparks up in her lyrics, but does not hold within it the variety and pitch changes of a song like Rolling in the Deep. It is no worse, nor better than any of her other singles. It will fill the ears with hope ever briefly. Soon after, it will lose its meaning and its effect. Adele has crafted a track that has one trick to it, bring up the crushing tides of a mid-life crisis, and inflict that fear onto an audience. She does it with that usual vocal strength, but there is little more to this track. A tightly wound offering with little room for discussion, it is airwave filler at worst, but broadly relatable and likeable also.

Uplifting? Not particularly. It may strike a chord or two with those that need to hear it, Strong vocals are the focus of this piece, and it is similar to the previous pieces of this sombre-but-solid styling Adele wishes to offer. Impressive her articulation may be, Easy on Me has some uninspired lyrics lingering throughout. It is easy on the audience, too. Not uninspired, but never going to set the world on fire, either. Her pop-soul charm will still linger for fans of her work, but the four minutes of mid-life crisis in motion are solidly unmemorable. But that is the point. Adele does not set out to crash through with some new and improved ability. She had refined her craft for years before, and a long enough break has given audiences time to forget what was so reliable about her work. The cycle begins once more.