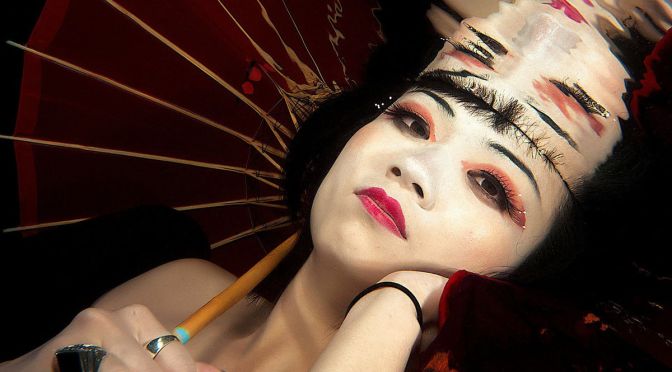 Diplomats and deceit go hand in hand for M. Butterfly, the oddly dense and flummoxed David Cronenberg feature that sees a French diplomat fall for an opera singer. On paper, a simple story of love should be fine. Defined by the characters, powered by the underlying subtext, and rewarding to watch. This, however, is brought to the screen by the man who, only two years prior, adapted Naked Lunch. Understandably, such success in adapting the William Burroughs text led Cronenberg down the path of adaptation. M. Butterfly, the David Henry Hwang play, does not get the true, rewarding treatment. Cronenberg takes the bite out of such a heavy text, instead spinning a dull story of love in the 1960s.

His fear of what M. Butterfly as a text means politically shows that Cronenberg hasn’t the confidence to tell a compelling tale. He mutes the interesting notes, trying to spin a love story, hands wringing and what he replaces it with is of complete disinterest to both him and his audience. Where Naked Lunch worked well by adapting Cronenberg’s vivid style and unique vision, M. Butterfly washes away those charms and offers nothing of real merit or note. There is little on offer in the first place, but the promise of something greater always lingers when Cronenberg is involved with a project. Time has been quite kind to his hits, but astonishingly poor to the duds he fired through on the way to the top.

M Butterfly is one such dud, but it feels like an experience of creativity necessary to where Cronenberg was headed as a creative. He needs the narrative constraints of this Jeremy Irons-led feature, because decades later, when he puts his mind to something character-driven but inherently violent and disjointed, it comes across as accomplished and varied, like Eastern Promises, rather than cold and shallow like M Butterfly. Irons is a great example of this too. They did such promising work together with Dead Ringers, and sometimes it takes a little longer for two artists to find their footing with one another. They made successful films, collaborating just a few years later. The difference is night and day, and much of that comes down to how the script and design of this adaptation are handled. Those supporting characters and John Lone offer as much as they can but fall incredibly short. Everyone here does.

How much can a director really do, then, when his values as a filmmaker are missing and his leading pair have no chemistry? He can suffer away and make something as bland and facile as M. Butterfly. Necessary, revoltingly dull, and just a bit typical of the time it was made in, Cronenberg uses this as the lull he needed to be kicked in the right direction. He squares off against a story that doesn’t quite fit the context of his work at the time, but that is where he needs the experience. Not all directors can change their pace or form so wildly, but Cronenberg did. It just took him time. He learns from his experiences with M Butterfly, but that does not stop him from boring his audience with an underwhelming story of love with a twist that is either shocking, cruel, or neither of the two. Who knows? Cronenberg should, but isn’t ready to give that definitive answer found lingering in the subtext of his later projects.