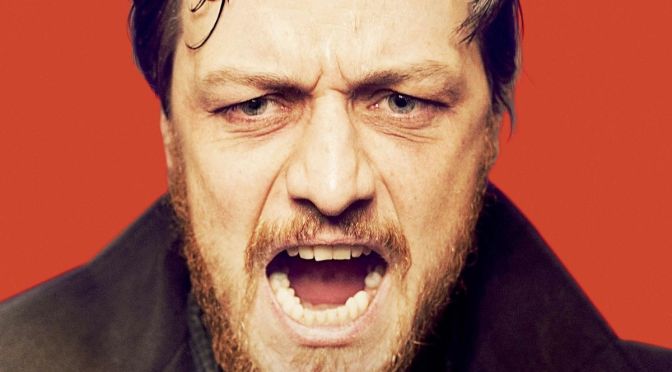 Degeneracy has never looked as sorrowful as James McAvoy, screaming, crying and berating his way through a comfortably unnerving hour and a half, adapting the words of Irvine Welsh with director Jon S. Baird. Filth is just that. Utter smut. It is vile and depraved in ways only Welsh could conjure. Trainspotting might be a delve into the heroin scene, but it is the acceptance of decadence there that makes it less shocking. When the long arm of the law is dabbling in the crimes that they are meant to crack down on, all under the guise of catchy and obnoxious taglines, the same rules mentality and the care-free attitude of a proud Scotsman hating his fellow man, it becomes a melting point of vagrancy and a sincere turn of how forgiving an audience can be.

END_OF_DOCUMENT_TOKEN_TO_BE_REPLACED

Judd Apatow, having seen the horrific incident where Will Smith smacked Chris Rock in the mouth, took to Twitter to say “he could have killed him,” in a now-deleted Tweet. The Bubble, Apatow’s latest directed effort, could kill thousands through sheer boredom. His meta-comedy about actors screwing, screaming and swooning at the camera isn’t as smart as it thinks it could be. This is Spinal Tap was forty years ago and bucked the trend of irreverent meta-comedy. Most are playing catch up, and Apatow doesn’t have the same chops as Larry Charles or Larry David. The only bubble Apatow needs to worry about is the one this all-star cast is trapped in, with him commanding them between a series of asinine comedy bits.

END_OF_DOCUMENT_TOKEN_TO_BE_REPLACED

Thatcherism, Bristol, and University Challenge. Three quintessentially British things that I hate. They are also the backdrop for Starter for 10, the James McAvoy-led British ensemble that wishes to dedicate much of its running time to the perky romance of Brian Jackson (McAvoy) and anyone within his field of view. Deriving its title from the starting question of University Challenge, it is hard not to be taken off on this journey through old-school university days, however fractured they may appear. Compare this to the work Benedict Cumberbatch and McAvoy offer audiences now. The times have most certainly changed for the two of them. What has stayed the same, though, are the backdrops of social and economic strife.