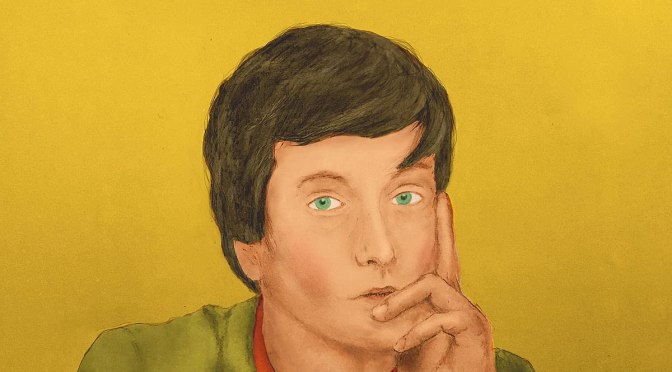 A promising run of singles to promote his latest album, Jarvis Cocker enters Chanson’s D’Ennui with gusto and strength. It is beyond the pale for the former Britpop champion, whose Wes Anderson-produced album emanates all the finely-tuned strengths of his heyday. Softly spoken sultry tones and the French language combine to make this Cocker solo project a beautiful accompaniment to some less-than-inspired efforts elsewhere. Here, Cocker has the chance to experiment within the confines of his chosen field. French classics that were in no way needing an indie artist to adapt them. It is too late, Cocker aims for the heart with his ride through the French language and all the loopholes that come with it.

But it is not just the French language Cocker looks to mangle and reform, but the traditional instruments of the time. He grasps at the harps and violins that back his words and turns his own emotive, transcendent tone. His experimentation has merits, and while La Tendresse does not have that captivating quality as Dans Ma Chambre or Aline do have, it is a welcoming surprise to hear different tones and styles from the Sheffield-born singer. Amour, Je Te Cherche takes on a far darker, methodical style. Its rattling introduction, its drumbeat laying the foundation of another strong and dangerous track. Helped by some excellent utilisation of backing vocals and violin, the quality of Amour, Je Te Cherche exceeds that of the original. That is, at the end of it all, what Cocker is trying to do. To be better than those before him, but also pay tribute to them and their work.

His balancing act is approached well. These songs all still have identifiable meanings behind them. They are not mauled and broken down into a new message for the musicianship. Cocker refrains from doing so. Had he wanted new messages, he’d knock out another piece for his already-varied discography. Chanson’s D’Ennui Tip-Top may be one of the finest cover albums of the 21st century. Although, that may be because there are slim pickings in such a genre. Lady Gaga and Tony Bennett do not hold a candle up to Cocker’s Christophe cover when rattling through the Frank Sinatra classics of a generation gone by. Yet Cocker can do it because his voice is so reproachful, so inherently respectful of the music at the core of his album. He does not wish to change. He must not evolve the music beyond what it means and why, without changing the core or the structure.

Aline is the beautiful closer, and the first and finest single of the album. Its quality is Cocker’s fixation for many of the other tracks, failing to replicate that beautifully damning high. Dans Ma Chambre has that similar structure, but slowed to the crashing pangs of guitar, cutting through with his voice booming around the bedroom he sings of. Orchestral wonders are in excellent form here. His unity of sound and the vision he creates with his lyrical accompaniments is never stronger than on the opening and closing tracks. Contact follows up with a funkier beat, a weaker flow of music but a welcome variety to the strong songs surrounding it. Echoed voices relay the new style Cocker is developing and evolving with from Beyond the Pale. He is embracing the future by overhauling the past, and his efforts are magnificent. While the repetition of “Contact” may be proving the beauty of simplicity and how a word reworked a thousand times over can provide different meanings, it does provide Chanson’s D’Ennui Tip-Top with its weakest track.

Weak or strong, Cocker cannot help himself. He overextends his reach here or there. Fine songs these may be, they are forgettable. Aline will cling to The French Dispatch for as long as it can but may survive as an oddity on its own. Les Gens Sont Fou feels similar to Angela from his sophomore solo work, Further Complications. That janky guitar and repetitive wordplay is inconsistent throughout Chanson’s D’Ennui Tip-Top, an album that feels like a soundtrack to The French Dispatch, but is not. Cover albums are interesting and rare beasts, but Cocker has outdone his recent solo efforts by capturing the feelings and messages of France’s hip, cultural revolution. He’s late to the party, but he enjoys himself and drags his listeners along for the ride.