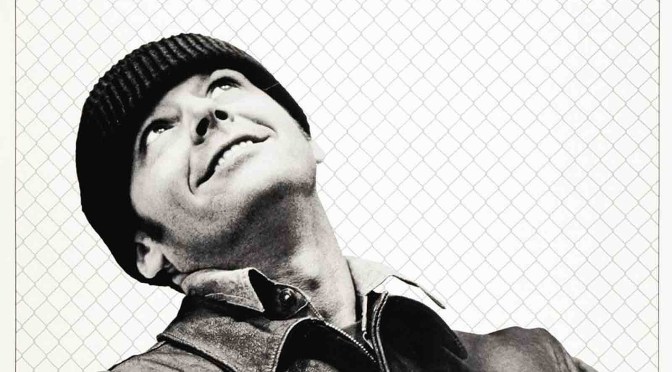 From the calm acoustics and mellow pondlife that open One Flew Over the Cuckoo’s Nest, one could be forgiven for thinking such tranquil life would last forever. The procedural and sanitized white walls broken by the arrival of a woman clad in black attire, the contrast is immediate and pristine. Director Miloš Forman presents an immediate yin and yang, two tones that would battle with one another throughout this adaptation of the Ken Kesey novel. Sedated oddities line the halls of Forman’s work, and the catalyst of entertaining and free behaviour they find themselves adorned with are all thanks to one Randle Patrick McMurphy, here portrayed by Jack Nicholson.

With such an experienced energy pouring out of his performance, Nicholson brings his staunch and constant charms to this leading role with conviction and exceptional brilliance. McMurphy to me doesn’t represent insanity, he represents freedom. There is no denying the horrors of his crime and the seediness of his character, but his ardent efforts of leading an entertaining life and shedding light on the fact that everyone can do so is intensely well developed. McMurphy is a harbinger of fun, but his pleasure comes at a great cost not just for those around him, but himself. He hopes to bring down the seemingly villainous Nurse Mildred Ratched (Louise Fletcher).

What Nurse Ratched represents is more important than her characteristics. Law and order is presented to rebellious individuals as a way of crushing their only spots of giddiness, preparing them for the bleak realities of a society they weren’t prepared to handle. Frustratingly enough, as much as audiences may gather around and triumph with McMurphy, it is Ratched who is in the right in both a medical and a formal sense. She follows her rules to the letter, prescribed to her as the pills are to the inmates. It’s hard to attack the rules when so many of the patients are voluntary, oddities and oddballs that are struggling to adapt themselves to life. Such intense brilliance from the late William Redfield and an exceptional debut from Christopher Lloyd makes for a stacked supporting cast. Their efforts here are paramount to the survival of the leading performance and the war between hero and villain.

Endearing and charming, and with just the right touch of resentment and regret within its moral fibre, One Flew Over the Cuckoo’s Nest is a marvellous bit of film. A defining piece of its era, a harsh criticism of the mental health wards that battered and bruised those in need of help. Pitch perfect performances, all collated under the defining hands of Forman, a pocket of brilliance from some of the best working actors the world will ever see. While its iconic villain will perhaps be at the forefront of remembering this piece, it bodes well to consider the manipulation found in the nature of McMurphy. Such a nature rings throughout those sterilized walls as he throws booze, vitriol and hate around him, splashing their colourless nature with pangs of charm and macho bravery. It’ll all crash down eventually know, and those scenes of silent musings show that pain, the temporary nature of his life in these halls a tad too much to bear.