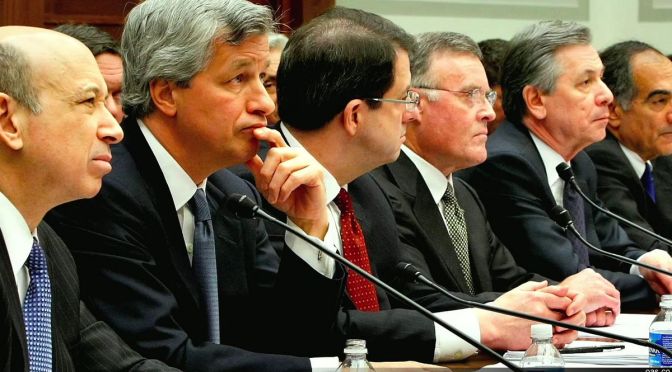 Capitalism is vile, or, more to the point, the few that manipulate it for incredible financial gain through shady dealings, backdoor deals, and gambling with other people’s money, is a disgusting facet and inevitability of such a poor system. How those individuals play the system by lingering in the grey area of the law is something that, controversial it may seem, needs to be cracked down on. Inside Job does a good job of showcasing why, and how the privatisation of banks in Iceland led to a global recession and collapse that many nations are still recovering from. Those hungry for money will do anything and everything they can to obtain it, it’s scary to think that’s the goal for many, and so few are willing to bend their morals to their limit, to see how much they can hoard.

I’m too young to remember the financial crisis of 2008, mind you, I don’t remember what I was doing last week, so take this with a pinch of salt. Inside Job does a solid job of recounting the build-up and fallout of such a monumental event. There’s an abundance of jargon to be unpacked with this one, wordplay that I simply don’t understand, but interviews with hedge fund managers, bankers, and economists do their best at explaining how the banks think, and how their thought process and personal protection led to an economic crash that people are still recovering from. This isn’t just an issue that blew up out of nothing, it was bubbling up for decades, an inevitable, ticking time-bomb that was set to go off after a series of uniquely troublesome events.

Billions of dollars were thrown at hiding such a massive, inevitable, allegedly criminal act. Inside Job is startling for the moments I understand, but what I do understand is the wordplay used by narrator Matt Damon. He provides a steady hand on this one, with plenty of moments to reflect on information given out, and also to Google its meaning. Money laundering, fraud and funnelling money is projected to us rather early on, Charles Ferguson does a solid job at showing this through documents, detail, and diagrams. He hopes to paint a picture of corruption, and he does so rather prominently.

Speculation, stocks, bonds, and bankruptcy, it’s all here in black and white, with Damon narrating it with a rather amazing ability to hold it all together. Inside Job is a solid documentary that reveals some obvious, shocking truths. It shows the dangers of not keeping people in power regulated or checked, and the disasters that unfold publicly when private deals and dodgy systems fail to meet the rewards promised by extremely risky manoeuvres. A film that made me want to convert what few savings I have into gold, and promptly bury those few gold bars at the bottom of my garden.