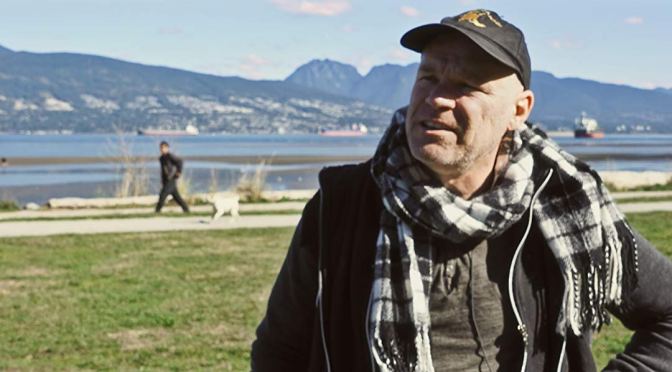 What can be said about Uwe Boll? A man so hated by Hollywood that he quit the industry and opened up a restaurant. A director so vilified by critics that he offered them out for a boxing match, and proceeded to hospitalise the vast majority of them. Uwe Boll is a creator of content that would fall gracefully into the shlock and awe category, films that are so disgusting, random, repugnant and vile that they have some bleak and charming energy to them. They do to me, anyway, and I do find myself somewhat a fan of his work. If that makes me the world’s biggest idiot or a scholar of modern art, it’s up in the air for now though. What I do know though is that Fuck You All: The Uwe Boll Story is a superbly crafted documentary that really digs in deep with its subject.

Fuck You All is rather the apt title for this documentary, especially given the attitude that Boll displays towards critics and haters of his work. His podcast is evidence enough, but we get a candid look at the man behind the camera for the first time in his thirty-year career as a director. Behind the scenes footage on a number of his mainstream projects are compiled to create a documentary worth watching for both fans of his work and newcomers who have heard of the legendary so-bad-it’s-good experience he can offer.

Featuring a solid handful of talking heads interviews with Boll, his wife, and cast members of his films including the likes of Keith David and Clint Howard and you have more than enough content to create for a very intimate film. Howard especially is very clear and honest about his work, Boll is too, surprisingly. The documentary has the strength of having genuine interviews with somewhat elusive or unknown figures.

Perhaps the biggest discovery of the documentary is how smart Boll can be when it comes to financing and casting, yet how furiously slapdash and rushed he can be when it comes to the product itself. Boll has attracted huge stars, resoundingly well-known names to his films through a simple practice that he explains in a single soundbite. “I offered them money when they had no work”, is more or less his system. It’s intriguing to see such a simple system works, and the proof appears in the form of J.K. Simmons, Jason Statham, Ray Liotta, Keith David, Tara Reid and a whole host of other recognisable faces.

I’m oddly proud to own a few Boll movies on DVD. Postal was my first experience with his work, and I found it truly vulgar, to the point where I would ardently defend it as a solid American comedy. It’s far superior to a lot of trash currently released by the same market, so it saddens me that Boll has left the industry. He’s no Scorsese, Lynch, Gilliam or Allen, but like it or not, he was creating art. It’s a shame he’s shied away from the business, his fall from grace catalogued confidently by director Sean Patrick Paul. Fuck You All: The Uwe Boll story is a great documentary for those interested in the craft of a cult director.