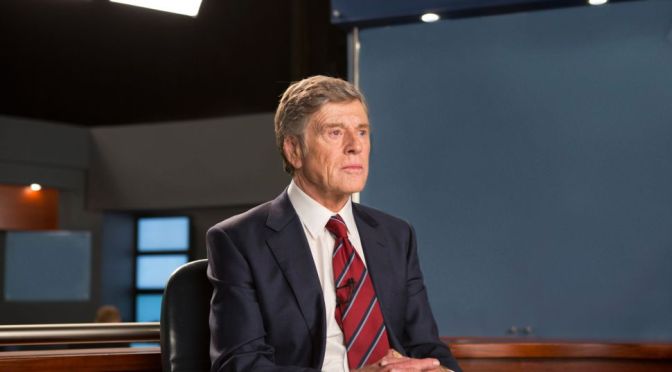 Whilst most of my interest in watching Truth is based off of Robert Redford’s inclusion, I do think my studying of journalism at University has added a bit more interest in the project. More so than I would have first expected, especially since in recent years, Truth hasn’t exactly become the modern-day All the President’s Men. Based on the true story of CBS’ 60 Minutes broadcast in which anchorman Dan Rather brings allegations of sitting President George W. Bush’s military service into question. Doubt settled in, controversy began to spark, and those at the centre of the reporting found themselves backpedalling, with desperation taking control. Truth looks to adapt that, with the blessing of Rather himself, in the debut feature of James Vanderbilt.